How YOU Can Survive Cancer Against ALL Odds

A Personal Connection to Radical Remission.

When my long-time editor called and told me I just had to take a look at a new book called Radical Remission: Surviving Cancer Against All Odds, I knew I wanted to read it.

I knew she thought this book was something special and since she’s been at the forefront of the health movement with me for many years, I trusted her opinion.

In this new book that just hit the shelves this week (and was featured on The Dr. Oz Show on Tuesday), author Dr. Kelly Turner decided that it was no longer okay for doctors to keep ignoring people who heal from cancer against all odds.

We’ve all heard an amazing anecdote here and there – someone whose doctors have told, “There’s nothing more we can do,” but then manage to turn around around their late-stage cancer anyway.

What I was most excited about in her book is her study that cites that there are actually over 1,000 of these Radical Remission cases already published in medical journals.  These cases have been verified and vetted, but no one was looking at them as a whole or deeply studying why these people were getting well – until now.

After ten years of research, including a trip around-the-world to interview Radical Remission survivors from ten different countries, Dr. Turner has found nine (9) key healing factors that almost every radical remission survivor she has studied used in their healing process.

While she is quick to point out that these 9 key factors are not a guarantee for curing cancer, they are nevertheless fascinating hypotheses for why some cancer patients manage to overcome incredible odds.

These 9 key healing factors fascinate me for two reasons…

First, they encompass everything I’ve ever written about, including radically changing your diet and taking the right herbs and supplements for your situation.  The radical survivors that Turner studied made radical shifts in what they ate, starting with eating significantly more fruits and vegetables, to decreasing things like meat, wheat, sweets, and dairy products.

They also supplemented their diet change with herbs and supplements that were tailored to them, such as supplements that helped them absorb and utilize their food better (e.g., probiotics), detoxify their bodies (e.g., anti-fungals), and boost their immune systems (e.g., aloe vera)

Amazingly, the other 7 key healing factors in the book all relate to mental, emotional, and spiritual elements – a finding that quite surprised Turner, since she had expected more of the common threads to be physical in nature.  But when her research subjects kept talking about emotions over and over again, she simply couldn’t ignore what she was hearing.

James Templeton, who was originally my client and has since become the founder and president of UNI KEY Health, had a Radical Remission from cancer himself, after being diagnosed with Stage IV melanoma.
(You can read JAMES’ STORY Here>>)

When I received this book, I immediately realized that he engaged in many of these 9 factors as part of his healing.  James and I had always believed that the changes he made in his emotional and spiritual world made a difference.

But, when I found out that hundreds of other Radical Remission survivors had made the same changes in their stress levels, relationships, and spiritual practices, it confirmed something I’ve seen throughout my career – that the mind, heart, and soul have an undeniable, powerful effect on the chemistry of our bodies.

And Dr. Turner explains this fact in such a simple way: Every time we have a thought or feeling, our brains release hormones that flood our bloodstream in ways that either boost our immune system or suppress it.  And guess what?  It’s the immune system that naturally removes cancer cells from the body.

I could go on and on about the other 7 healing factors in what I believe is a groundbreaking book, but that would far too long of a blog.  Instead, I would love for you to read Radical Remission yourself, and then come back to this blog and leave a comment. Let me know your reactions, including how Dr. Turner’s findings relate to the Fat Flush principles of changing your diet and lifestyle. The year 2020 has proven, to say the least, to be a challenge on every level. Keeping a strong immune system is certainly one of the challenges we...

END_OF_DOCUMENT_TOKEN_TO_BE_REPLACED 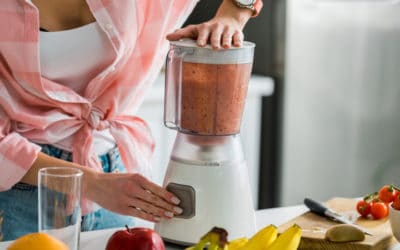 It’s time to slim down on the Shakedown and lose up to 20 pounds safely in just 2 weeks! We are celebrating! It’s the 10 year anniversary of our...

END_OF_DOCUMENT_TOKEN_TO_BE_REPLACED Not just empty flavor enhancers, herbs and spices are packed with antioxidants and a myriad of healing benefits. Here are my favorite ten Fat...