Power Up Your Lungs to Fight Viruses

Believe it or not, your lungs are your most vulnerable organ and pulmonary function is the an important predictor of not only how long you’ll live, but how active and healthy you’ll be.

Taking good care of your lungs is not an option, it’s a MUST as we face more and more viral challenges.

Lung inflammation – and cough – from a viral respiratory infection can last for up to 2 months after the rest of your symptoms are gone. It’s called post-viral cough, and has been recognized in the scientific literature all the way back to 1950. The exact cause of the cough isn’t known, but it’s thought to be from all the damage to the lungs during the infection, plus the inflammatory reaction the body has from fighting off the virus.

Not only does the virus do damage, but the radiation exposure from X-rays and CT scans, invasive medical procedures (including intubation and mechanical ventilation), and medications we take all can have undesirable effects on our long-term health as well. Fortunately, there are supportive herbs and nutritional supplements we can use to support our lungs as they heal from such a coordinated assault.

In order for your immune system to eradicate a virus anywhere in your body, it has to target and kill your own cells. This is different from a bacterial infection because bacteria attach to the outside of your cell, so you can kill bacteria without sacrificing your own cell. A virus invades your cell and takes over its command center, forcing it to make copies of infected cells and spread. The only way your body knows to kill the virus that’s hijacking your cells is to kill your own cells.

Once a virus is detected, this activates your T cells, the “soldiers” of your immune system that seek out and destroy infected cells. These dead cells are then cleaned up by the macrophages in your blood, which are like little garbage disposals that travel through your blood stream and “eat” any diseased cells. The viral attack on your cells also triggers a protective inflammatory response, which can persist long after the infection is gone.

A respiratory virus typically targets the epithelial cells and the alveoli in the lungs, which are right at ground zero of where oxygen is exchanged. Oxygen travels from these small alveolar air sacs in the lungs into the blood stream so it can be carried to the rest of the body. Once the lung tissue is injured it can become hyperreactive, resulting in decreased oxygen exchange, increased inflammation, and a persistent cough.

While you are recovering from a respiratory virus, your body needs additional nutrients to help it repair and replace cells, reduce inflammation, and soothe irritated tissues. If you’ve been exposed to radiation through medical imaging, then additional detox is helpful to mitigate the effects.

From infrared sauna to cupping, herbs, vitamins, and more, there’s so much we can do to support good lung health – especially after an infection. While our access to hands-on therapeutic practitioners may be limited during this pandemic, good quality supplements are back in plentiful supply. Here are my top ten nutrients for supporting the health of your lungs after a viral assault.

Every cell in your body relies on the lungs for its oxygen, so when the lungs have been damaged by infection, we are plagued with fatigue from impaired oxygen delivery. CoQ10 is essential for our cells to make energy, and is a powerful antioxidant that protects delicate tissues from damage. This fat-soluble enzyme is in its lowest concentration in the body in your lung tissue, and to make matters worse, it declines as we age. Just 100 milligrams of this powerful enzyme has been found in studies to improve cell activity and reduce inflammation in people with asthma, which results in a reduced need for steroids.

Inflammation of the lung and throat tissues can persist long after the viral infection has gone, which can predispose us to a secondary bacterial infection. According to Richard Phipps, PhD from the University of Rochester Medical Center, in cases of persistent lung disease, the Omega 3 fats in fish oil provide the precursors for molecules that help stop excessive inflammation, while helping your body clear out bacteria. I recommend 2 pills daily of UNI KEY Health’s Super-EPA molecularly distilled fish oil.

We already know how wonderful vitamin C is for boosting the immune system during an infection, but it’s equally as helpful when it’s time for cell repair. Did you know the new generation of anti-flu medications blocks an enzyme the virus has that breaks down collagen? And did you know that vitamin C is an essential building block of collagen? When you put all of this together, you can see that vitamin C helps restore healthy collagen that may have been damaged by the influenza virus, or any other cause. It also helps thin mucus secretions so you can breathe easy. UNI KEY Health’s Time-C is a timed-release formula that allows you to keep your vitamin C levels up throughout the day with easy dosing that fits even the busiest schedule.

This versatile vitamin is not just for bone health – it plays an important role respiratory health as well through its influence in lung development and structure, respiratory muscle strength, inflammation, and immune response to foreign invaders. Researchers have found that a deficiency in vitamin D is a risk factor for developing viral respiratory tract infections. It turns out that vitamin D is such a powerful immune factor for the respiratory tract that the lungs actually produce their own active form of vitamin D. UNI KEY Health’s Vitamin D3 contains contains 5000 IU of vitamin D3 per capsule. Take 1 capsule daily or as recommended by your health professional.

Have you ever had a viral infection that left you with thick mucus that was hard to expectorate with coughing? If so, you needed N-Acetyl-Cysteine (NAC). This powerful antioxidant not only boosts your glutathione levels in your lungs and reduces bronchial and lung inflammation, but it also acts as an expectorant, breaking up trapped mucus and helping you cough it out more easily. It’s available by prescription as nebulizer breathing treatments (the method of choice), or over-the-counter in pill form.

This systemic proteolytic enzyme has been widely known for its role in helping the immune system repair injured tissues – including in the lungs. Severe viral respiratory infections can leave behind thickened tissues and even scars that impair your body’s ability to exchange oxygen. This is often caused by a buildup of fibrin protein. Serrapeptase dissolves fibrin and proteins, while decreasing inflammation, reducing scar tissue, and supporting a healthy respiratory system. The supplement I recommend that contains serrapeptase is UNI KEY Health’s Digesta-Key.

This time-honored herbal remedy has been known as a demulcent that soothes dry coughs and irritated respiratory tissues. This antioxidant herb is used for swelling or irritation of any mucus membrane in the body, especially those that line the respiratory tract. The recommended use is in tea form, so it can soothe the tissues as you swallow.

This pleasant-tasting herb (reminiscent of maple syrup) is a natural expectorant and antiseptic that is wonderfully effective as a cough syrup. It not only loosens excess mucus and helps you cough it out, but it also eases the urge to cough when there’s nothing to expectorate. It’s antioxidant and anti-inflammatory effects have been shown in studies to ease asthma symptoms and improve quality of life. I recommend it as a tea or syrup.

This uncommon herb is a great support for any type of lung inflammation – including pleurisy, pneumonitis, and viral infections – and has been used specifically in cases of influenza. The key to safe usage of this herb lies in using small amounts, so I recommend a tincture. This herb should not be taken if you are pregnant, nursing, taking estrogen, or taking a diuretic.

This tiny leaf packs a powerfully good punch! Thyme is a powerful antiviral, antiseptic, antibacterial, and expectorant. Thymol, an extract from thyme, is so potent that the EPA lists it as a disinfectant that kills COVID-19. Thyme mixed with honey has been shown in studies to prevent skin damage caused by radiation treatments and UV radiation. Thyme honey also soothes throat pain.

What are you doing to take care of your most vulnerable organ — your lungs?

Episode 53Ann Louise Gittleman Interviews Dr. Stephen SinatraSubscribe to the First Lady of Nutrition Podcast on any of the following popular podcasting channels. Health Supplements as Recommended by Ann Louise! "UNI KEY supplements are the only...

If you’re feeling fat, fatigued and frustrated -- join the club! Stress-eating our way through the challenges of the past year has left many of us putting our healthy diets on the back burner. But now, with the dawn of a new year, it’s high time we get our act...

Get Ready for the Ultra Fast Fat Flush!

Building on the New York Times bestselling Fat Flush Protocol, this guide reveals 4 brand new Fat Flush Accelerators that produce faster fat loss and even easier ways to get you to your weight loss goal. 2021 marks the 20th anniversary of the release of my Fat Flush...

Episode 52Ann Louise Gittleman Interviews Dr. Damon MillerSubscribe to the First Lady of Nutrition Podcast on any of the following popular podcasting channels. Health Supplements as Recommended by Ann Louise! "UNI KEY supplements are the only supplements... 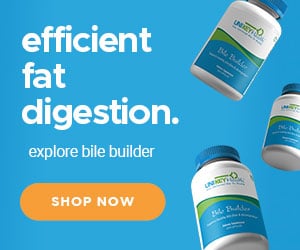