Important weight loss factors that shouldn’t be overlooked — too much stress, too much insulin, too much fluid retention.

Cortisol, the stress hormone secreted by the adrenal glands, is a fat-promoting hormone that creates belly fat, much to our dismay. When you are under any type of stress it triggers enzymes to store more fat because your body believes there is “danger ahead” and instant energy may be needed. Since deep abdominal fat contains four times more cortisol receptors than other fat sites, cortisol is drawn to it.

One of the secrets of low-stress success is simply getting the proper amount of sleep. Too little sleep can make you fat. A study that tracked the effect of sleep habits on the weight gain of nearly 70,000 middle-aged women recently confirmed this principle. This research showed that women who slept five hours per night generally weighed more than women who slept for seven hours per night. In fact, women who only got five hours of sleep versus seven were 32 percent more likely to experience major weight gain (an increase of thirty-three pounds or more). Plus these sleep-deprived women were shown to be 15% more likely to become obese over the course of the sixteen-year study.

When it comes to sleep, cortisol can cause a real domino effect on metabolism and overall health. Insufficient sleep can cause the release of cortisol and stimulate hunger. Cortisol surges throughout the night may keep you from sleeping and then impact changes in metabolic rate leading to a decreased ability to burn fat. As sleep levels decrease, cortisol increases, so elevated cortisol levels are connected with sleep-deprived weight gain.

In fact, a lack of sleep creates cravings. Researchers at the University of Chicago who deprived healthy young adults of sleep found that in addition to increased overall appetite, the volunteers experienced a particular surge in cravings for sweet and salty foods.

According to a landmark sleep study in the Journal of the American Medical Association, if you sleep between 7.5 to 8.5 hours per night you will secrete half as much cortisol as those who get 6.5 hours or less. Furthermore, inadequate sleep interferes with the body’s ability to metabolize carbohydrates and depresses leptin levels. As my Fat Flushers already know, going to sleep by 10 p.m. is an essential part of the Fat Flushing lifestyle habits to assure quality sleep and enough sleep—the best diet secret of all. The unavoidable action of natural aging compounds this fattening cycle.

When we are young, our bodies naturally regulate cortisol levels by creating more cortisol in the morning (two to three times more), allowing us to start our day full of energy, and then our bodies naturally decrease cortisol levels in the evening so that we can easily fall asleep. Unfortunately by middle age our baseline cortisol level naturally begins to rise, making it tougher to go to sleep and to stay asleep. In fact, we become even more sensitive to the additional cortisol created by these same sleep disturbances, triggering even more hormone havoc, accelerating aging and increasing our waistline. Supporting the cortisol-producing adrenal glands can lessen this impact on cortisol levels, and I’ve formulated Adrenal Formula to do just this!

Fat Flush also helps correct this vicious cycle by limiting cortisol spiking-caffeine in both coffee and tea, as well as recommending a meal plan with suitable between-meal snacks to keep cortisol at bay. Journaling is also a stress-controlling, and therefore cortisol-lowering, habit.

Of course, sleeping at least seven to eight hours is another must. Inadequate sleep also inhibits the body’s ability to metabolize carbohydrates, which lead to higher insulin levels. For good sleep quality, be sure to limit technology use and blue light exposure for one hour before bedtime. Also, avoid EMF exposure from leaving your cell phone on your nightstand. Either place it in another room or put on airplane mode while sleeping. If you have trouble calming down and falling asleep, considering supplementing with magnesium like my Mag-Key formula.

5. Lower your insulin to lower your weight.


Like cortisol, insulin is another fat-promoting hormone. Remember, hormones—and not just calories—dramatically impact weight. Insulin, the key hormone that controls blood sugar levels, is triggered by an excessive intake of carbs. Insulin helps store blood sugar in the liver and tissues as glycogen. However, the body can only store a limited amount of glycogen and any excess is converted to body fat with the assistance of insulin.

Fat-deprived individuals tend to eat too many carbs, programming their insulin levels to remain high. The insulin in turn instructs the body to store fat. So, the key is to keep insulin levels low by eating a diet high in protein and essential fatty acids (all insulin-lowering macronutrients). Eating protein purposely stimulates the pancreas to produce glucagon, the hormone that counteracts insulin and mobilizes fat from storage.

Fat Flush addresses high insulin levels with a balanced diet of lean protein, low-glycemic, slow-burning carbohydrates, omega-3 oils and foods (like flaxseed oil, fish oil or chia seeds), as well as omega-6 botanical oils. Fat Flush features a wide variety of fruits, vegetables, and “clean carbs” (starchy veggies, cereals, and non-gluten grains) that are both low-glycemic and hypoallergenic so they do not create an inflammatory response leading to water retention, adding insult to injury. This is why the most commonly reactive foods—like wheat, milk, sugar, and corn—are eliminated on Fat Flush.

It is also interesting to note that sleep, as we have seen with cortisol, also plays a part in balancing insulin. According to the National Sleep Foundation, sleep loss can lead to insulin resistance and reduced levels of growth hormones that help to regulate fat and muscle proportions.

Weight gain can also be related to “false fat”—a term coined by my dear friend and associate Dr. Elson Haas,  which means water-logged tissues that  results from numerous underlying causes: prescription medicines (over fifty have been connected to weight gain), food sensitivities, hormonal imbalances, and insufficient water and protein consumption. Many medicines, including antidepressants, steroid hormones, and anticonvulsants can cause weight gain by spiking appetite and decreasing metabolism.

When it comes to food sensitivities, research published in Lancet and The New England Journal of Medicine strongly makes the case that chemicals involved with toxic responses to common foods inhibit the body’s ability to burn stored fat. This can lead to food addictions and binging due to the temporary “high” (an opioid-type chemical response) that eating the wrong food can produce.

There is a whole slew of troubling symptoms that are related to food sensitivities, from unexplained mood swings to panic attacks, sinusitis, chronic fatigue, extreme tiredness after eating, a racing pulse, puffy eyes, and swelling beneath the eyes. Weight can yo-yo up and down every day by as much as five to ten pounds due to an inflammatory response whereby the body holds water to dilute the perceived “toxin.”

Note that unlike food sensitivities, a true food allergy (like a peanut allergy) can lead to anaphylactic shock, an allergic response during which the body releases histamines that cause tissues to swell and inhibit breathing. But food sensitivities are not like immediate allergic responses; they may have a delayed response that can manifest up to two days after the “toxic” food is ingested, making it difficult to pinpoint the problematic food.

Fat Flush helps you overcome food sensitivities by eliminating the most commonly “reactive” foods—wheat, milk, corn, yeast, and sugar. When these foods are slowly re-introduced back into the program, you are encouraged to note your responses in a food journal so that you can better determine the possible food cause of that bloating, gas, “false fat” weight gain (water retention), and/or stalled weight loss.

When food sensitivities are eliminated, weight loss becomes a no-brainer. Fat Flushers typically say, it’s not what they are eating but what they are not eating that is making them lose weight without any caloric concerns. In fact, many Fat Flushers eat more food, not less, than ever before.

Fat Flushing helps rid you of “false fat” by supporting the liver’s ability to better metabolize all drugs and prescription medications through liver-healing foods. Each stage of the program is packed with cruciferous veggies that provide sulforaphane, a phytonutrient that triggers the liver to produce more detoxifying enzymes; green leafy vegetables high in purifying chlorophyll and magnesium that also have natural diuretic properties; high vitamin C citrus; and sulfur-rich foods such as garlic, onion, eggs, and daikon radish that also help the liver eliminate toxins. Zinc-rich, high-protein foods (lean beef, eggs, pumpkin seeds) counter a copper build-up in the liver that can also impede its function. For those who don’t always eat their greens, I like the Liver-Lovin Formula because it is the only one on the market that is made from copper-free chlorophyll and L-Taurine to help the gallbladder produce bile acids to break down fats as well as toxins.

Stay tuned for my final blog in this three-part series – The 10 Fat Flush Commandments: Part 3!

If you’re ready to get started on your Fat Flush journey, you’ll need a copy of The New Fat Flush Plan book. Visit fatflush.com or join our private Fat Flush Nation Facebook group for more information.

This hidden shortfall is the best kept nutritional secret! While high cortisol has been connected to stubborn weight gain, it can also wreak havoc...

END_OF_DOCUMENT_TOKEN_TO_BE_REPLACED 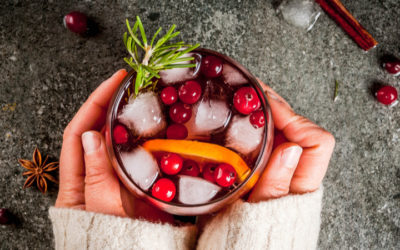 Healthy holiday recipes to enjoy yourself at all of your gatherings this year. It’s the most wonderful time of the year to celebrate with family and...

END_OF_DOCUMENT_TOKEN_TO_BE_REPLACED

Avoid holiday weight gain, plus lose bloat in a hurry! If you tend to overdue it during the holidays – too many goodies, too much wine – and now...